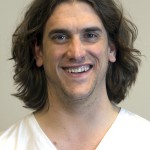 As he backpacked across Europe in 2008, Alex Wroblewski documented his trip one photograph at a time. His childhood hobby had become a consuming passion, one he was now sure would develop into a career back in America.

Now 26, Wroblewski did not follow the traditional collegiate track to journalism — he is still a junior — and his journey would take him across states and countries.

“It was kind of accidental,” he said. “I kind of came into it randomly. I never thought I would do it professionally.”

Yet photography sparked his interest early in life. In middle school, he would dabble with his father’s digital camera. He learned the basics of shooting and editing in high school, but his ambition of a possible career in photography was hardly assured as graduation rolled around.

He spent the next few years alternating between schools and various jobs in California, New York and his home in Wisconsin, where he worked as a stringer for The Milwaukee Journal Sentinel.

After his trip to Europe, he decided to return to school and study photojournalism. And this past January he enrolled at Columbia College Chicago; he hopes to graduate in 2015.

During the past year he has build up his portfolio, recently shifting his focus to politics.

This summer he will intern at the Chicago Sun-Times. He hopes to one day cover Middle Eastern affairs through his lens.

His love for The New York Times and its dedication to serious photojournalism inspired him to apply to The New York Times Student Journalism Institute. While there, he is excited to build strong mentor relationships and to learn as much as possible.

“Knowledge — that’s what I want,” he said. “The only way I’m getting anywhere and that I’ve gotten anywhere is with what I know.”