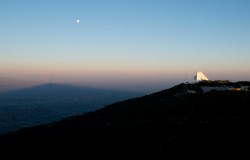 The moon is seen as the sun sets on the McMath-Pierce Solar Telescope at Kitt Peak near Tucson, Ariz. The observatory houses 27 telescopes. 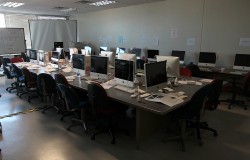 Calm Before the Storm

The newsroom early Friday morning, before students and editors arrived. The Institute is wrapping up two weeks at the University of Arizona. 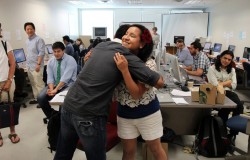 Marina Villeneuve hugs Anibal Ortiz as she prepares to leave the New York Times Student Journalism Institute newsroom and return to Dartmouth, where she graduates in June. 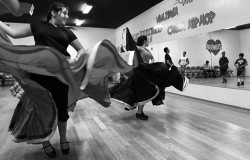 Dancers taking lessons at the Viva Performing Arts Center, a dance and music school that teaches mariachi lessons along with different forms of dance. 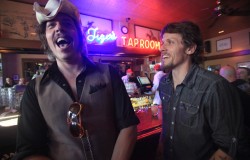 A Barroom Christening in Tucson

Magic Kenny, left, laughing with Kitty Katt McKinley at the 80th birthday party for longtime bartender Tom “Tiger” Zeigler.  After 54 years of bartending for the Tap Room, at The Hotel Congress, Zeigler was surprised to learn that the saloon was renamed “Tiger’s Tap Room.” 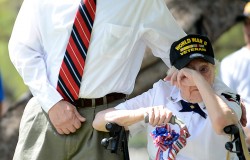 World War II Veteran Helen Anderson Glass, 90, wipes a tear off her face as she listens to Sheron Jones, president of American Gold Star Mothers Inc. speak during a Memorial Day ceremony at Evergreen Mortuary & Cemetery in Tucson, Ariz., Monday, May 27, 2013. Anderson, who presented her poem “Memorial Day Remember Me,” served as an aviation machinist mate,... 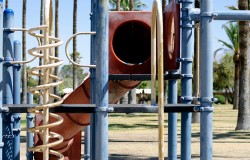 The mingling of color, texture and lines at a child’s playground in Central Tucson. 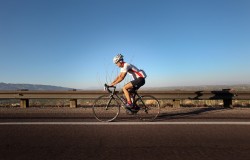 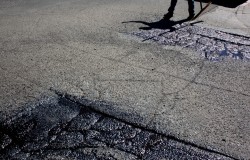 Even with the temperature reaching the high 90s, there is still work to be done in the streets of Tucson, Ariz. A road worker casts a shadow as he and his team patch asphalt pavement. 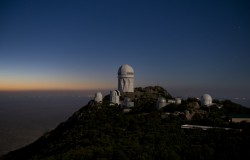 Moonlight illuminates the buildings at Kitt Peak National Observatory shortly after sunset on the Tohono O’odham reservation in southern Arizona. From photographer Molly J. Smith: “I waited for over an hour after sunset for the sun to dip enough below the horizon that a blue night sky appeared.” 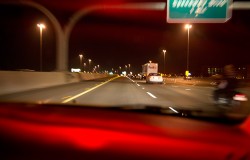 Emergency lights reflect off the dashboard of the cruiser of Pima County Sheriff’s deputy Tom Peine as he raced to an incident in the city on Wednesday night. 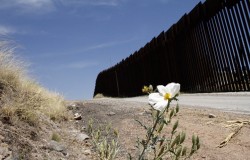 A desert flower growing on the U.S. side of the border fence in Nogales, Ariz. 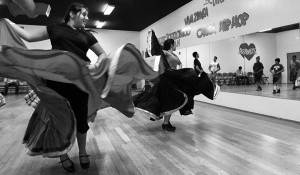 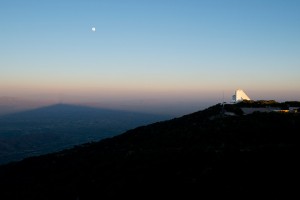