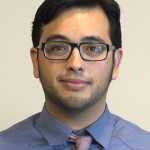 For Joe Fitzgerald, an interesting story has depth, not breadth.

Born and raised in San Francisco, Fitzgerald, 27, learned to film documentaries while forming an intimacy with his hometown, which he compares to a marriage.

“I want to really know the city, the alleys and streets, the small hidden places,” he said. “The city is so beautiful. You can’t get bored because you can go a few blocks away and find different weather because of the microclimates. You can find different people, different cultures, different food.”

He said San Francisco informs his writing and the issues he hopes to pursue as a professional journalist. As he chipped through six years at City College of San Francisco, he covered his bills with a series of low-paying jobs.

Working for a moving company in the “toniest of neighborhoods,” he also sold jewelry and worked at Starbucks, where he started each morning at 4. In the afternoon, he would travel to School of Arts High School to teach Final Cut Pro and film as an artist-in-residence, and then he would end his day with night classes.

Recently, he transferred to San Francisco State University’s journalism program, where he is a junior focused on print.

“The city of San Francisco has either the very rich or the very poor,” he said. “So I have a hard time shifting my thinking when I hear that someone owns a home. Regular people rent apartments, but in San Francisco rich people own homes.”

His mother and brother still live in San Francisco, but it’s just the three of them. The rest of the family is spread out between Puerto Rico, where his father’s family lives, and Boston, his mother’s hometown. His father, Joe Bill Rodriguez, died of liver failure when Fitzgerald was 12.

For Fitzgerald, writing and reporting is an important and necessary calling.

“We can take national issues and bring them down to a local level,” he said. “We’re a public service.”