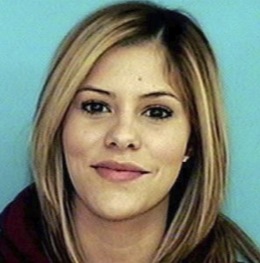 Marveen Estrada was believed to have been kidnapped Thursday night. Tucson Police Department

The hunt for a 20-year-old man believed to have kidnapped his ex-girlfriend ended 15 miles west of Tucson Friday afternoon after a high-speed car chase by law enforcement officers.

According to a police report, Ramirez had kidnapped Estrada in the parking lot of a local convenience store Thursday night at about 8 p.m. 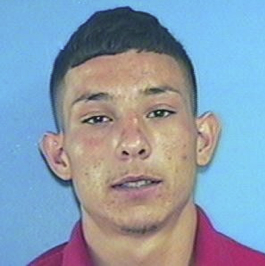 Ozziel Ramirez is being sought in the abduction of his ex-girlfriend. Tucson Police Department

Estrada had been in the passenger seat of a car in the Quik Mart parking lot at 5462 S. Alvernon Way, police reported. Ramirez had used his dark blue 2006 Audi A4 to block her car, ostensibly to prevent her from leaving the lot, according to the police report.

Ramirez got out of his car with his hand in a rag and implied he was holding a gun, then ordered Estrada to get into his car, according to the report. Once Estrada was in his car, Ramirez drove off.

Just after 1 p.m. Friday, U.S. marshals located Ramirez’s vehicle near North Oracle Road and West Limberlost Drive, Widmer said. Officers tried to stop the car, but Ramirez drove off, starting a pursuit into downtown Tucson, then onto I-10, I-19, and past Ryan Airfield.

Ramirez finally stopped his car near West Ajo Way and Old West Ajo Way. U.S. marshals ordered him out of the car, then arrested him.

When marshals rescued Estrada on Friday, Widmer said, she “was distraught and very upset.”

Officials have not determined the cause of Ramirez’s injuries, Widmer said.