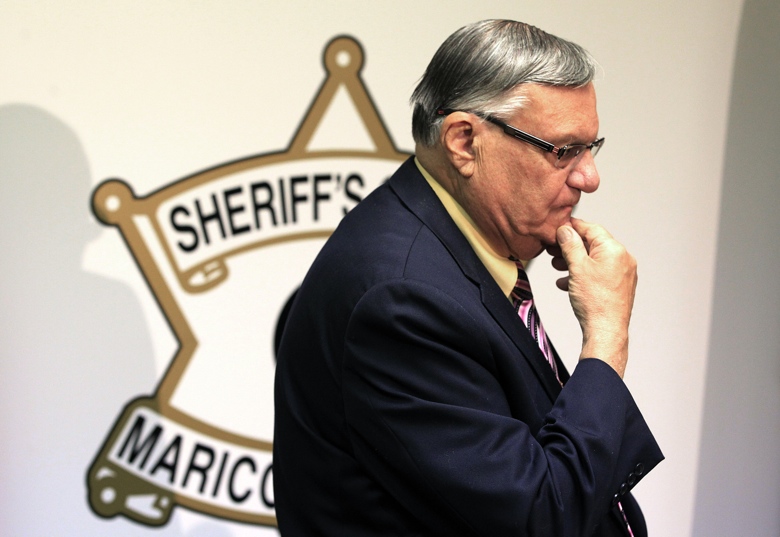 Deputies from the Maricopa County Sheriff’s Office violated the constitutional rights of Latinos in their crackdown on illegal immigration, a federal judge ruled on Friday.

The 142-page ruling, from U.S. District Court Judge Murray Snow in Phoenix, concluded that Sheriff Joe Arpaio and his office used race or Latino ancestry as a factor to stop vehicles.

The ruling also noted that officers held occupants for “unreasonably extended” periods of time without a “reasonable basis” that crimes were taking place.

The ruling prohibits the sheriff’s office from using race as a factor in detaining, holding or arresting Latino occupants. Stopping a vehicle because deputies believe an occupant may be in the country illegally is also not allowed.

“It’s a great day,” said Cecillia Wang, director of the Immigrants’ Right Project at the American Civil Liberties Union, one of the groups that brought the civil lawsuit. “Justice is finally being served for everyone in Maricopa County who has been living with a sheriff who does not respect the U.S. Constitution.”

During the trial last summer, Arpaio denied the allegations and testified that his department did not arrest people because of “the color of their skin.”

He was unavailable for comment, but his lead attorney has said an appeal is planned in the next 30 days.

Dr. Ralph Taylor, a criminal justice expert from Temple University, testified that deputies were more likely to stop Latinos during heavy patrol efforts, and that those stops lasted 21 percent to 25 percent longer if one person in the car was Latino.

According to Wang, a pattern of behavior was also prevalent in Arpaio’s response to complaints of “dark-skinned people” or Spanish-speaking people. Sometimes, Arpaio sent back thank-you notes; other times, he followed up with immigration sweeps.

“Arpaio responded favorably to racially tinged emails,” she said. “And, lo and behold, there’s an immigration sweep at that location.”

A new hearing is set for June 14, when the judge will consider proposals to ensure that the sheriff’s office follows rulings in the future, according to Stanley Young, the lead lawyer opposing Arpaio. These remedies may include a monitor that will oversee operations, new training  and new record-keeping requirements.

“We need to ensure that the things that happened in the past don’t happen again,” Young said.

If an agreement is not set, the judge will propose his own.