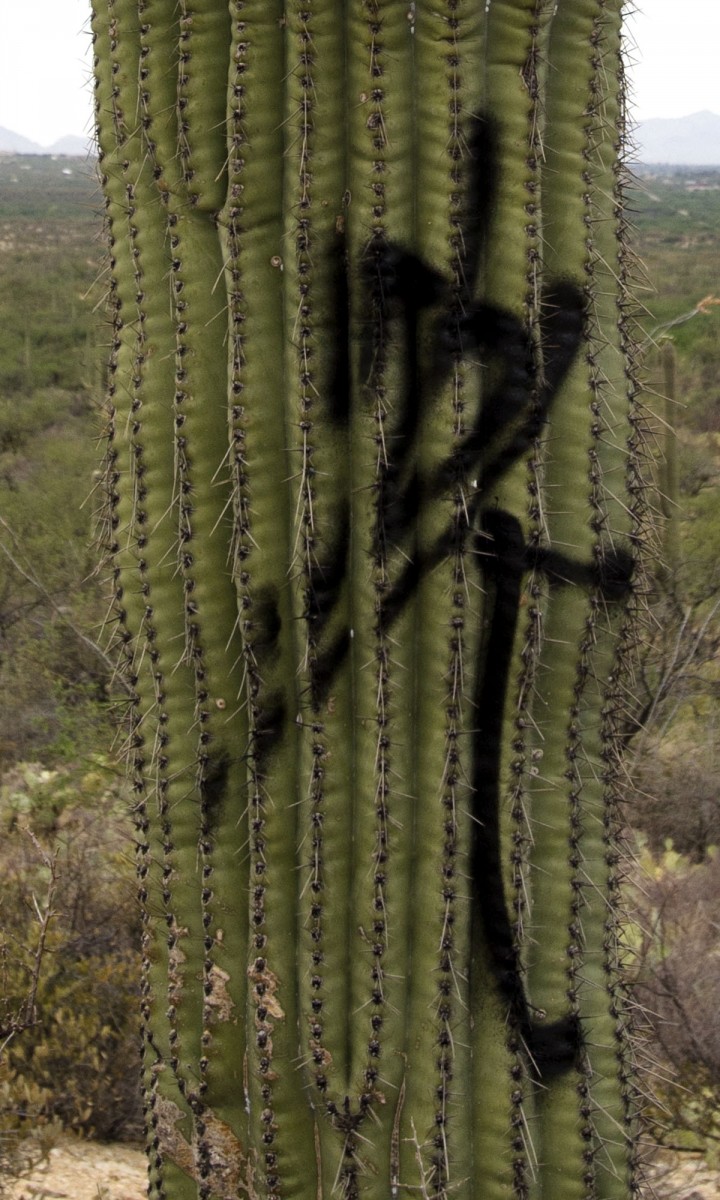 In the past month, two separate acts of vandalism have marred cactuses Saguaro National Park’s Rincon Mountain District, east of Tucson.  In mid-May, saguaros, rocks and trail markers were tagged with graffiti.  Just over a week later, someone hacked a barrel cactus in half, slashed a saguaro and broke the branch of a Palo Verde tree.

On Wednesday, May 29, officials said they had arrested two men in connection with second act of vandalism after the men were identified by images from a remote camera. The men,  identified as Beau Campbell and Colton Salazar will appear in federal court, and the service said it would request restitution for the damage.

“We take all incidents of damage to park resources very seriously,” said Paul Austin, the chief ranger of Saguaro National Park, who is leading the investigation. “National parks belong to all of us.”

On Monday, the Park Service released the photographs of the two men taken by remote cameras that rangers installed after the initial vandalism. After the release, the men contacted the service and cooperated with the investigation.

The cameras have a motion sensor that triggers the shutter and an infrared flash that allows park rangers to photograph animals without the telltale flash of ordinary cameras.

Officials are still investigating the first case. “We are seeking input from the public to assist us in identifying two people of interest who we believe will assist us in continuing this case,” Austin said during a press conference. At least 16 saguaro cactuses were marked with black paint, as were trail markers and exposed rock.

The vandalism comes at a difficult time for the park. Recent federal cuts have slashed $180,000 from the park’s budget, resulting in the loss of one supervisor position and leaving vacant jobs unfilled.

According to Austin, the cuts affect staffing and morale, and make it harder for rangers to cover the park’s 90 square miles.

“There’s an ebb and flow to vandalism,” said Austin. “We do what we can with the resources provided to us.”

However, David Osborn, an avid hiker in the park, is frustrated with the cutbacks.

“It’s a matter of where we set our priorities,” he said. “Our parks are part of the pride of our country, but if we don’t put the resources out there to take care of them, we’re going to lose them.” 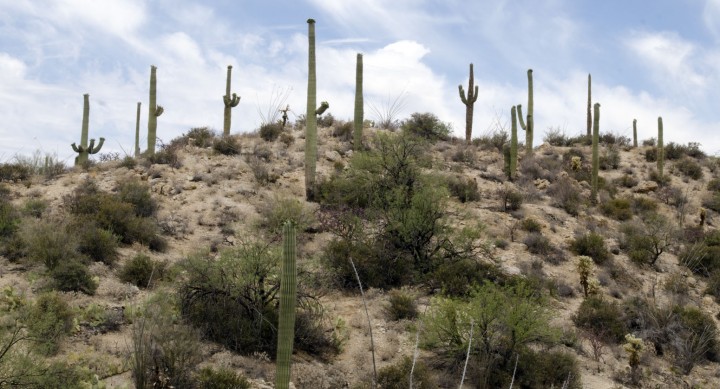 With more than 90 square miles of desert, Saguaro National Park was created as a protected area for the cactus near Tucson, Ariz. Paul M. Ingram | NYT Institute