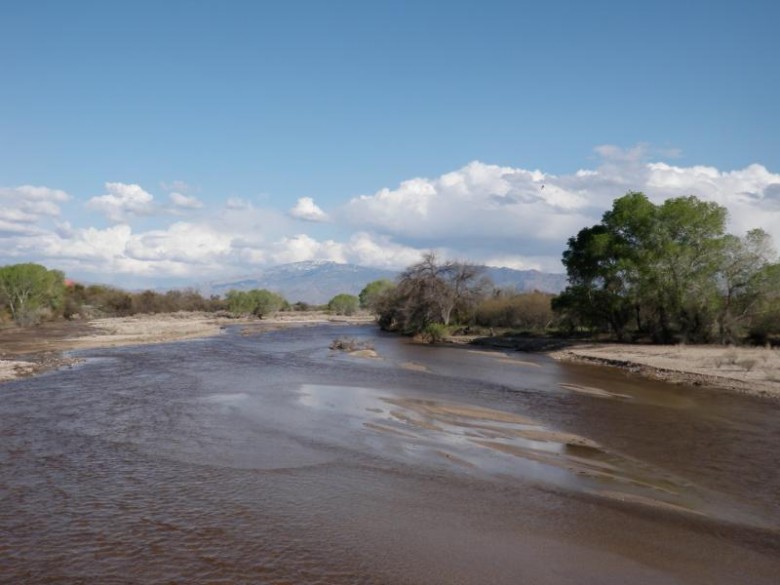 Therein lies a tale of two cities, as concerns intensify about water use in the Southwest.

Over the years, Tucson and its environs has been using considerably less water per capita, year by year, than Phoenix and its environs. Use has also been declining in Phoenix, but the difference between the two metropolitan areas is striking.

“Over the decade, we’ve done a lot of work to improve our water supply,” said Fernando Molina, a spokesman for Tucson Water, the city water utility. “We’ve also gotten people to change their habits. People’s behavior has changed substantially.”

The city was using about 200 gallons of water per capita daily in the 1970s; today, per capita use is now about 130 gallons a day.

Compare that to Scottsdale, the Phoenix neighborhood characterized by lush lawns and sprawling green golf courses. A typical resident in Scottsdale, for example, uses about 70 percent more water, or 220 gallons a day. And while Phoenix itself has reduced water consumption in the past decade, water use remains about 184 gallons per person, per day.

“I think it’s a different attitude up there,” Molina said of Phoenix. “I think the people in Tucson realized this community is a desert; our lifestyle should reflect that. I don’t know if the Phoenix area reflects that message. I think that is starting to change and that we’re just 20 to 30 years ahead of the state.”

In Tucson, the water conservation efforts include emphasis on collecting scant rainwater from house gutters. Others irrigate yards and golf courses with so-called grey water, water from sources like tubs, sinks and washing machines — but not sewage. It’s free water, a second time around.

These attempts stand out as the West faces a water shortage from the drought-stricken Colorado River, the vast system that serves some 40 million people in seven states.

Representatives from those states, the federal government and a 10-tribe Indian partnership met on Tuesday to discuss the struggling river’s future. By midcentury, the U.S. Bureau of Reclamation expects annual demand in the region to exceed supply.

Tucson — which gets its water partly from the Colorado and partly from natural aquifers that are topped off with Colorado water — was ahead of its time when it adopted a different attitude in the 1970s. As the region grew and distribution of supply became inadequate, an initiative called “Beat the Peak” was introduced, advising residents to limit water use during certain days. The city’s aquifer wells were unable to meet peak water demands during hot summer months.

Soon, faced with reality of life in a desert, Tucson’s landscape had transformed. Attitudes about water use changed. Residents no longer came home and immediately turned on their sprinklers to water their grassy-green lawns and garden of plants.

“It was just too much,” Molina said of the water-thirsty proliferation of non-native grasses and plants.

Over the years, as technology advanced, the Beat the Peak message changed: Be Water Smart. New programs were introduced to educate residents.

One such program is Arizona Project WET, or Water Education for Teachers. The program works with the University of Arizona to research the water needs of the state. Those findings are presented at workshops across the state for teachers, eventually ending up in a lesson plan.

“Students have the basic knowledge to conserve water. They know to turn off the water while brushing their teeth,” said Holly Thomas-Hilburn, coordinator of applied programs for the project. “Now it’s about how we can expand that knowledge a little further.”

Thomas-Hilburn recently worked with the teachers project to show city students the route from taps to river, in particular the Verde River-Salt River watershed, key tributaries in the Colorado River system.

“Water is a precious resource in our state. Our focus is building citizens who are the most educated and will make water-educated decisions in the future,” she said.

Molina said Tucson Water has also made education one of its priorities.

“We rely a lot on voluntary measures,” he said. “We makes ourselves available to community groups to speak about water issues.”

Another major push is the recent introduction of ordinances, which Molina says have been quite successful. For example, the 2008 grey water ordinance required new homes to include separate plumbing for grey water.

As the drought overshadows these efforts, Molina said new actions will focus more on water efficiency as opposed to conservation. “The message is: ‘It’s OK to use water but use it efficiently,’” he said.

Reasonable water policies need to prevail with sensible per capita use, he said. “But at what point does that affect a good quality of life?”