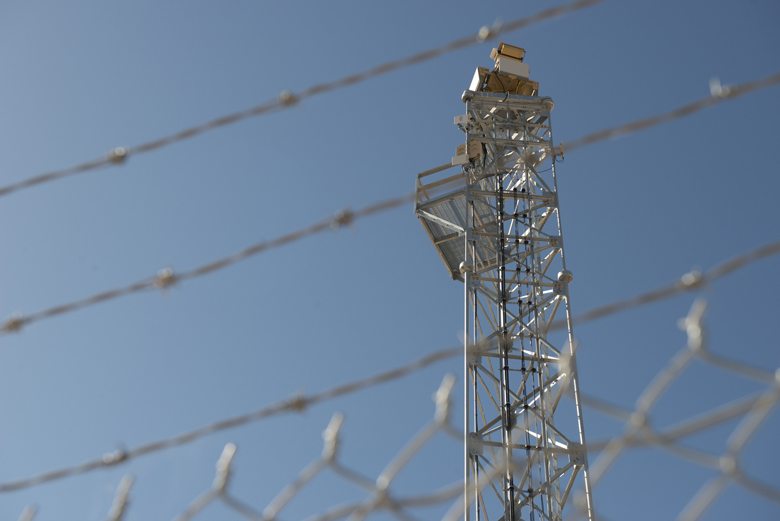 This prototype, equipped with radar and high-resolution cameras, is part of a larger push to secure the border with new technology. Molly J. Smith | NYT Institute

Moving to Plan B for Border Surveillance

It’s been two years since a system of towers overlooking the U.S.-Mexico border, costing a whopping $1.1 billion, was deemed a failure.

Plan A was designed to be a network of 91surveillance towers installed along the U.S.-Mexico border to improve security. But only 53 miles of the 2,000-mile-long border were covered with the towers of the so-called Secure Border Initiative before the project was canceled in 2011.

Still, with the new plan, the notion of a virtual electronic “wall” remains.

Billed by supporters as the next generation in border surveillance, the replacement program, called Integrated Fixed Towers, involves surveillance technology that is strikingly similar to its failed predecessor. Critics say that the new program is also marred by uncertainties about cost and operational feasibility —problems that had plagued the ill-fated earlier initiative, called SBInet.

“SBI, it was a failure. So the Department of Homeland Security decided to go back at it,” said Bruce Wright, associate vice president for the Office of University Research Parks, a technology center associated with the University of Arizona.

The original plan’s failure stemmed greatly from southern Arizona’s rugged desert terrain. That posed problems that might have been avoided with more thorough evaluations of the system, supporters of the new plan say. In Plan A, dust, high winds and sand stymied sensors and alarms. Costs rose as designers sought improvements and fixes, and deadlines were pushed.

The difference that the Department of Homeland Security and experts are now hoping for involves more towers and more frequent testing of technology. The new project, according to the U.S. Customs and Border Protection agency, has an estimated cost of $1.14 billion.

“It’s a very expensive and challenging concept,” said Christopher Wilson, an associate at the Mexico Institute of the Woodrow Wilson International Center. “When we try to build new communication systems to improve coordination between different agencies and officers on the field, we end up spending a lot of money and not necessarily getting the results the country has been hoping for.” 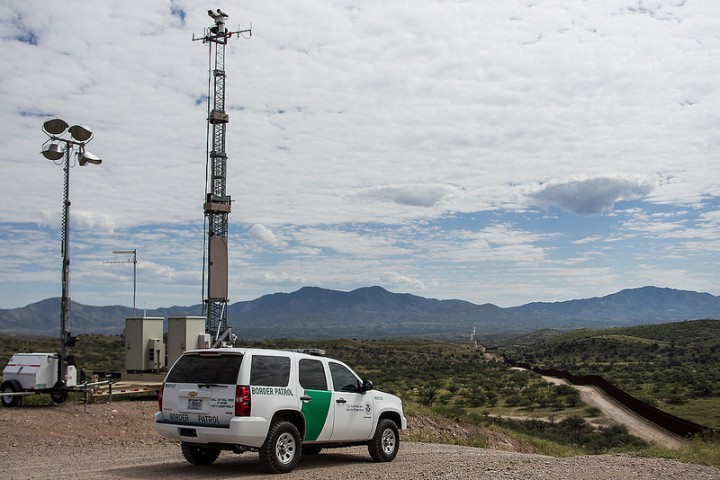 Wright said that is why the Department of Homeland Security has taken its time in searching for a replacement program. The department invited companies around the world to integrate off-the-shelf products into a system that would better detect illegal migrations of people and goods, including drugs, across the border.

Six high-tech companies in the U.S. are now competing for the latest stage in constructing the new system’s towers. About 50 towers equipped with radar and high-resolution cameras to detect any motion — from migrants crossing, to wild animals roaming, to even a tumbling tumbleweed.

Operators at six command centers off-site then would monitor the disturbances and relay information to agents in the field.

“DHS is trying to take a different approach” and rely on existing proven technology, said Molly Gilbert, director of community engagement at the Office of University Research Parks.

Meanwhile, supporters see good economic news for Tucson itself. The winning company could develop Tucson into a leader in technology, experts in Tucson say.

“They would act as a catalyst to our region’s economy,” said Laura Shaw, senior vice president of corporate and community affairs at Tucson Regional Economic Opportunities.

Added Wright, from the Office of University Research Parks: “The development and sale of this new technology is a huge industry for southern Arizona because there’s a need for border technology all around the world.”

Two major government contractors, Raytheon and Lockheed Martin, already have locations in Arizona. Another company, DRS Technologies, operates similar security systems in the Middle East and for the U.S. military.

The Virginia-based company set up home at the University of Arizona Technology Park last June and has already built an 80-foot tower to test in the desert.

That solar-powered prototype bristles with sensors, is equipped with radar and high-resolution cameras, and can monitor activity within a seven-mile-radius.

“They would be a major tenant here in the market,” Wright said. “If they do get the contract, they will then have to ramp up a significant business process here in Arizona and assemble it. It would be a huge opportunity for Tucson.”

Jim Hynes, executive director of DRS Technologies’ department of homeland security and force-protection programs, said the company had worked hard to make the tower efficient in a challenging environment.

“We’ve been at this for 20 years,” he said. “We have a lot of experience and we learned a lot the hard way.”

As Tucson continues to be the Border Patrol’s busiest sector in terms of apprehensions, more start-up companies are settling here to test their technology. Gilbert said the University of Arizona had identified over 50 companies working in and around Tucson and more that have yet to fully identify their potential in the growing industry.

In coming weeks, DRS and its fellow competitors will be meeting with the homeland security department and Customs and Border Protection to demonstrate their products in a variety of scenarios. The contract is expected to be awarded by September.

Despite the improvements being sought, experts doubt whether an impermeable border is even possible.

“There are opportunities, implementing them is not easy,” said Wilson. “We may need to wait till something else advances.”