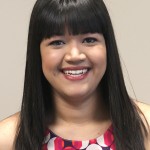 Danya Pérez-Hernández was 12 years old when she left her home in Chihuahua, Mexico, with her mother and older brother. Her mother sold their home and their car, and traded her respected job in a notary’s office to become a janitor in El Paso, Texas.

Pérez-Hernández’s experience migrating to the United States inspired her to report on immigration during her time at The New York Times Student Journalism Institute in Tucson, Ariz.

“It’s stories that hit close to home,” said Pérez-Hernández. “I don’t think people really understand what it means to be an immigrant until they see those stories.”

Pérez-Hernández said she hopes to use her time at the Institute to shed light on the challenges faced by immigrant families and children whose parents have been deported.

“I’m not hoping to change anybody’s mind,” Pérez-Hernández said. “I just kind of like for people to realize what it is to be an immigrant.” She continued,

“This is an issue that’s going to go on forever.”

Pérez-Hernández is a recent graduate of the University of Texas at El Paso, with a bachelor’s degree in multimedia journalism.

It took Pérez-Hernández only a year to learn English after moving from her hometown of Delicias, but she lacked confidence in her writing and felt intimidated by the other students in the program.

“I always felt like I wasn’t going to make too much sense since I didn’t feel too comfortable with the language,” said Pérez-Hernández, 26.

But her confidence grew after seeing her first story ready for publication.

She has interned as a reporter at Hispanic Link, Scripps Howard Foundation Wire, and the St. Paul Pioneer Press. She also served as a city editor for Borderzine, an online magazine by UTEP students.

Pérez-Hernández is pursuing journalism alongside her husband, Kristian Hernández, who is also in the NYT Institute.

After gaining professional experience in journalism, Pérez-Hernández said she wants to return to El Paso to start an online news project with her husband to provide more multifaceted coverage of the border community.