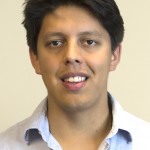 After the gunshots rang out and a journalist, Chauncey Bailey, lay dead on a street in Oakland, Calif., news crews swarmed the city to cover his murder.

Bailey, an editor at The Oakland Post, had been assassinated for investigating the finances of a bakery run by a black radical group. Watching the case unfold, Javier Panzar, 16 at the time, felt drawn to a career in journalism.

“It was the first time I realized reporting had a serious impact and could cost you your life,” said Panzar, who grew up in Oakland. “That he was willing to go after this story and die for it made journalism seem grand to me.”

Panzar joined his high school paper, where controversy became one of the most salient themes of his stories.

He covered the death of a student whose decomposing body was found behind campus, the purported misuse of funds by the principal and the federally mandated restructuring his school was forced to implement for poor performance.

One of his toughest challenges, he said, was writing about a riot sparked by a police officer’s fatal shooting of an unarmed man in Oakland.

“I don’t know why I’m not turned away by the violence,” Panzar said. “You have to be crazy to be in this business. And I really like crazy.”

In college, he covered the combative protests over a 32 percent increase in tuition fees, which “crystalized to me that these issues are worth investigating, contextualizing and telling people about,” he said.

Panzar, a senior at University of California, Berkeley, has been an intern at The Orange County Register and The Seattle Times. This summer, he will start an internship at The Boston Globe.

Panzar said he wants to be challenged by working in a competitive environment. His hope, he went on, is to build a career out of reporting on the relationship between people and power.

“I want to look back and know this was the best way I could have contributed to solving the world’s problems,” Panzar said. “Or at least illuminating them.”