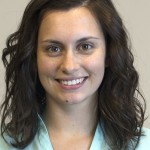 During her senior year of high school, Molly Smith received an assignment from her Advanced Placement English teacher: to write about what she wanted to do with her life.

Smith planned to write about going to culinary school, but after spending most of her high school years working in the photo department of the school yearbook, Smith had an epiphany.

For Smith, who was born in Arizona, photos were an obsession, so why was she writing about something else?

Smith changed the topic of her assignment to photography and decided to apply to the Walter Cronkite School of Journalism at Arizona State University, where she would be able to pursue her passion for photojournalism.

As a child, Smith would take her point-and-shoot camera to all of her family trips. As a high school sophomore, she joined her school’s yearbook club, initially as a writer, but by the end of the year, she decided to apply to become the photo editor.

She didn’t get the job. Instead, she was assigned to cover sports. When the photo editor quit halfway through the year, Smith took over the position and kept it until graduation.

Although Smith studied journalism in college, she credits her half-dozen or so internships for most of her photo experience.

Smith has interned at The Arizona Republic and Arizona Highways Magazine, where she has continued freelance work as a writer, keeping her hand in what initially drew her to journalism.

Her years in journalism school, she said, fostered a passion to tell stories through her photography.

Smith recently graduated from Arizona State and is searching for jobs. She said she continued to improve her photography by soliciting advice from a group of six other photographers, whom she regularly meets for portfolio critiques.

Smith said she cannot seem to get away from photography, even in social occasions. Her friends have stopped carrying cameras on outings because they know she’ll have one, documenting anything worthwhile.

“Photography is something I carry with me everywhere I go,” she said.