The woman stood outside the modest, four-room adobe house in Tucson, holding a carrot cake that she had made for her daughter’s 20th birthday. They had plans for the day, and time was wasting. Why wasn’t she answering her door?

A next-door neighbor soon approached. Something, he said, was amiss.

The neighbor helped Waller get into the house through an unlocked bedroom window. She called out her daughter’s name and began searching the home. It did not take long for Waller to find her daughter.

Donna Marie Smith’s legs were protruding from a hallway bathroom. She was lying face down in a crusted pool of blood, the color more black than red. Her throat and right wrist had been slashed, and next to her crushed skull were three blood-covered bricks, according to a police report at the time.

A suspect immediately emerged: Bruce Allen McCullough, who was living with Smith at the time of the murder. 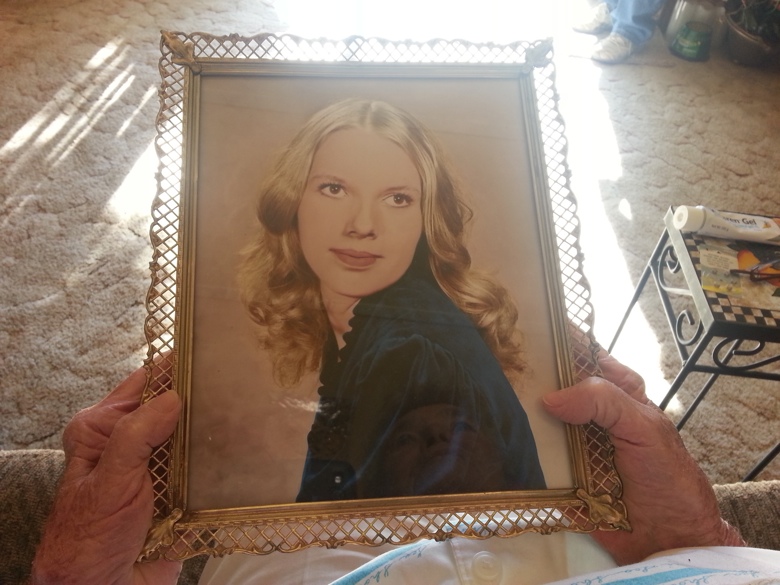 A portrait of Donna Marie Smith held by her mother, Tommie Waller, who is now 83. Kristian Hernández | NYT Institute

Her body was found on March 19, 1976, but Tucson police believed that Smith was probably killed five days earlier, on a Sunday. On that night, McCullough had been seen acting erratically in an empty lot near a food store. He was semiconscious and badly bloodied, apparently from self-inflicted slashes to his wrist. He told one responding police officer that he had cut himself “out in the field,” but another officer later recalled that McCullough said that he had “done it out in his bedroom.”

McCullough was taken to the Pima County General Hospital. Doctors told the police that McCullough was acting secretively, and did not appear to have amnesia, as he had claimed. After four days there, McCullough escaped. A day later, Smith’s body was found.

Tucson police quickly identified McCullough as the prime suspect; it would take them far longer to find him.

He had vanished, assuming a fake identity and fleeing from Tucson. It would take the efforts of multiple agencies, years of work by cold-case detectives and a slip-up —brought by the suspect’s advancing age — for the police to find him. Thirty-seven years after the slaying, two cold-case detectives from Tucson, Maria Cheek and David Miller, went to San Diego on May 2 to arrest McCullough at his home there.

“There were a lot of question marks,” Cheek said. “Are we going to find him? And if we find him, are we going to be able to say that it is him if he denies it? Are we going to recognize him from the only picture we had, and is he going to talk to us?”

The evidence left behind at the murder scene in 1976 was substantial. Police found a broken whiskey bottle, bloody planters, paper towels and an electric coffee pot still hot. Spread open in front of an orange sofa chair in the living room was the Sunday issue of the Arizona Daily Star.

The newspaper’s top stories then focused on two coal-mine explosions that killed 26 people in Letcher County, Ky. Two months later, one of the area’s most notorious murders would take place: Don Bolles, an investigative reporter from the Arizona Republic, was killed in a car bomb explosion in broad daylight in Phoenix.

Coverage of Smith’s murder never made the front page. She was a young girl from the small town of Sierra Vista, Ariz., born to Waller and a military veteran, Henry F. Smith. She had moved to Tucson in late 1974, and had known McCullough for only three months, her mother recalled.

He worked at a local mining company; she was a first-year student at Pima County Community College, studying criminal justice. Smith had some run-ins with the law when she was younger, her mother said, and she believed that she could use that to her benefit.

“Her dream was to get more education to help other people because she felt that with her experience, she had the know-how to do that,” Waller said. 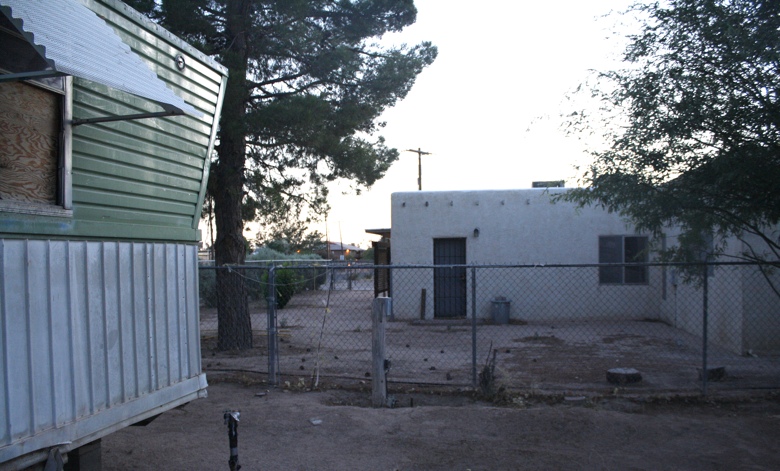 The house in Tucson where Donna Marie Smith was killed in 1976, and the trailer of a neighbor who saw Smith's boyfriend return home after the killing. Kristian Hernández | NYT Institute

“‘Mom, I have found out something about Bruce,’” Waller recalled her daughter saying. “‘I am packing my stuff up to move out, but I have to do a little at a time so Bruce don’t catch me.’”

Police reports at the time said that the day that Smith was killed, screams could be heard from inside the couple’s house at 1051 E. Mossman St. A next-door neighbor, Grace Harrison, told the police she was working in her garden when she heard the screaming.

About an hour after the commotion had subsided, Harrison saw McCullough walking toward the house. She waved. He waved back.

Police contacted McCullough’s family, but investigators reported that none of them had seen him since Christmas.

Outside of McCullough’s parents’ home in Tucson, the suspect’s sister, Mari, told investigators she had been “scared to death of him for years,” but did not elaborate why.

One of Smith’s friends, Cheryl Brehm, told detectives that she and Smith had been planning to go to Mexico together to find work. She told the police that McCullough was extremely jealous and prone to violence; two weeks before the murder, she had seen McCullough “strike and slap” Smith.

Four homicide detectives tirelessly chased leads and interviewed family members along with countless current and former acquaintances. But by then, McCullough had vanished.

Eventually Smith’s murder was classified as a cold case.

The Tucson Police Department’s cold case unit was formed in 2006 and consists of two detectives: Cheek and Miller. Of the nearly 350 unsolved cases sitting in boxes, some dating to the late ‘60s, the two detectives typically choose two cases at a time by looking at existing physical evidence, witnesses and suspects.

In January, Cheek and Miller reopened the Smith murder. They said they were drawn to the case because when they were patrol officers, they had both worked in the area where Smith was killed. They also knew the detectives who had the case in 1976.

After some digging, Cheek and Miller found the first traces of McCullough in nearly 40 years: He had begun claiming benefits using his real name in 2008, when he was 62. This was the lead that detectives had waited for — a development that would eventually take them to McCullough’s front door in San Diego.

Tucson police had reviewed this case before, in 2006, 2008 and again in 2010 —as did private detectives hired by McCullough’s parents —but had not found any sign of the suspect.

“We would have never found him if he did not intermittently started using his real identity,” Cheek said.

The detectives traced McCullough to an apartment at 4150 Cleveland Ave. in San Diego. They obtained a warrant for his arrest, and contacted the San Diego Police Department for assistance.

They knocked on the door, and McCullough answered. His wild, handlebar-like mustache from the 1970s had been trimmed to something far more modest; he had grown thicker with age, and his hair had thinned. McCullough invited the detectives inside, where they spoke at some length.

McCullough was not combative; he was arrested without incident, and was taken to the San Diego Central Jail. He is charged with one count of first-degree murder and is awaiting extradition to Tucson.

The following day, Cheek and Miller rushed back to Tucson to deliver the news of McCullough’s arrest to Smith’s family. But Waller and her two surviving daughters, Linda Snow, 63, and Ruby Ivey, 64, were on their way to a family get-together in Alabama.
The news came when Waller and her daughters were in a diner outside of Meridian, Miss. Ivey’s cellphone rang. Miller asked Ivey if her mother was there, and then suggested that the women place the phone on speaker. The detective then spoke.

“We found Bruce in San Diego,” he said. “He is under arrest.”

The women broke out in tears, screaming and hugging each other.

“I was crying, I was laughing, I did not realize how heavy my body was, and it was like you had lifted a brick, per se, off of my body,” Waller said. “My body felt like a feather and my heart felt twice that light.”

A few days before Memorial Day, Waller and her two surviving daughters visited Donna Marie Smith’s gravesite in Fort Huachuca Cemetery in Sierra Vista. They reminisced about their lost daughter and sister, as Snow knelt and rearranged a bouquet of yellow flowers by her grave.

“She was a strong person, adventurous, unafraid of trying new things,” Snow said, her eyes welling with tears. “She had a huge heart and a very kind old soul.”