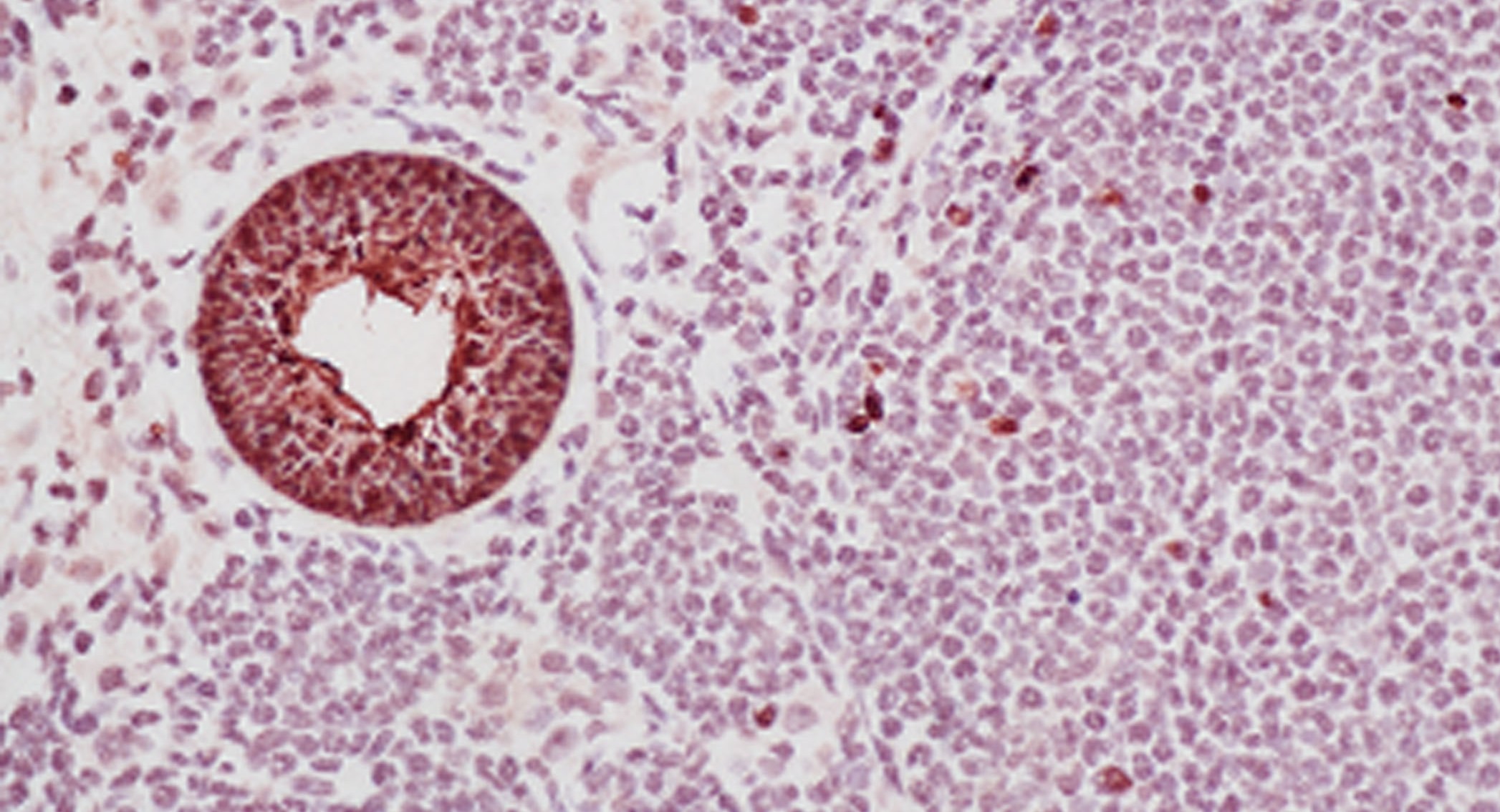 Valley Fever spherule in lung. This one is getting ready to rupture and expand the infection. Lisa F. Shubitz, Department of Veterinary Science and Microbiology | The University of Arizona

Rise in Valley Fever May Be Tied to Climate Change

It began with unusual headaches and neck aches.

But then, Mark D. Elson, an archaeologist working in Tucson, Ariz., had to stop for breaths during his usual short walks.

Elson was told he had Valley fever, a disease fairly unknown to most of the U.S., but prevalent in the Southwestern states.

Incidents of Valley fever, a fungal disease that lives in spores in the soil, are fluctuating without an explanation.

Researchers know little about the disease, which has no cure and no vaccine. And many people may not even know they have it: While about 22,500 cases were reported in 2011, some health officials believe as many as 150,000 people in the U.S. get Valley fever each year.

Most of the cases are found in the arid Southwest, where conditions encourage the fungus, Coccidioides, to grow. But researchers wonder whether the disease might be spreading beyond the Southwest, possibly because of climate change.

Many who suffer from Valley fever go through long periods of flu-like symptoms and eventually overcome the disease, often without medical treatment.

But in one-third of the reported cases, the fungus disseminates throughout the body, causing serious respiratory problems, skin lesions and even death, researchers say.

Although some research indicates that African-Americans, Filipinos and pregnant women have higher rates of serious symptoms of dissemination, anyone can get it.

When a spore from the fungus becomes airborne, it takes only one breath for someone to be infected.

Certain activities that involve digging in the soil, such as gardening and construction work, increase the possibility that someone can get the disease. 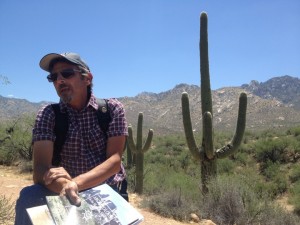 And archaeologists are at greater risk of being infected.

“Valley fever is a very real threat to archaeologists, and many of us have had it, probably more than is recognized,” said Elson, whose job includes digging at various sites in the Tucson area. “I had a particularly bad case, involving mostly fatigue, but also headaches and a low-grade fever.”

Despite archaeologists’ daily exposure to the disease from working in the soil of dry, low rainfall areas, Valley fever isn’t generally covered by workers’ compensation programs. For example, some archaeologists are told that they cannot prove exactly how and where they contacted the illness.

Elson has been part of the efforts to include Valley fever in workers’ compensation in Arizona, and leads a focus group in Tucson that teaches professional archaeologists the risks and effects of Valley fever.

According to the U.S. Centers for Disease Control and Prevention, more than 40 percent of patients who get ill from Valley fever will require hospitalization, at an average cost of $50,000 per visit.

Valley fever is “an occupational hazard,” Elson said, “but also something that we cannot do much about.”

But the disease can also affect those who don’t dig for a living.

Linda Warren, a Phoenix resident, said she grew up thinking that the disease was something common and unimportant. But after going through her third relapse of Valley fever, it has become very real.

“I thought it was just getting a cold and then you move on,” said Warren, who got her diagnoses in 1990, 2007 and 2012. “But when I got it a third time I was concerned. That’s when I really found out how devastating it can be.”

Warren’s Valley fever began as pneumonia but has now spread all over her body. She is experiencing severe muscle and joint pain, fever and rashes. She is taking antifungal medication and working with an infectious disease doctor to battle her Valley fever.

“It has changed my life dramatically in the last year,” said Warren, who has had to give up career advances in her human resources job because of to the disease.

“It’s hard to deal with family members who don’t have it. There are days when you are dragging and hurting, but your family gets tired of you being fatigued.”

In a recent study, the CDC said Valley fever cases in Southwestern states rose sharply, to 22,000 in 2011 from 2,265 in 1998. Some of the increase may be from a 2009 change in reporting methods.
But Arizona, the state with the highest number of Valley fever cases, actually had a decline in 2012. State health officials have no explanation why.

“It’s complicated,” Dr. John Galgiani, director of the Valley Fever Center for Excellence, said of the difference in numbers. “However, year to year variation is routine. The problem is not going away.”

Nathan Enns, a professional pilot living in Bakersfield, Calif., was also familiar with Valley fever before getting a diagnosis. But when he became terribly ill, he never suspected it could be Valley fever.

The disease is commonly mistaken, misdiagnosed and unknown by doctors across the states, researchers say.

Enns initially tested negative for Valley fever but later discovered that the test was erroneous. He was hospitalized, and doctors told the family there were slim chances of survival. He was able to overcome Valley fever, but now has to go through extra setbacks at his job.

“This just adds another level of stress in my life,” said Enns, who needs to take extra medical tests to be certified to fly. “Now I’m always in danger of being sidelined.”

In California, the state with the second largest amount of Valley fever illnesses, cases also decreased in 2012.

“However, it is too soon to know whether this decrease will continue,” said Corey Egel, a spokesman for the California Department of Public Health. “The number of reported cases in 2012 was still high compared to historical levels and the public and health care providers in high incidence areas should be aware that Valley fever remains an important public health concern.”

Researchers say that not enough money is being spent to study Valley fever.

The National Institutes of Health has funded research but also recognizes the difficulties in studying Valley fever, said Dr. Dennis Dixon, chief of the bacteriology and mycology branch.

“In general, fungi are very difficult to study,” he said. “There are specialty labs necessary to work with it and it slows down the experiments.”

In order to avoid being infected, Dr. Lisa Shubitz, who has been researching the disease by injecting mice, is working in a laboratory designed with special ventilation technology. She wears disposable masks, gloves and gowns.

“It’s a really big deal here, but boy, you leave the state of Arizona and no one has ever heard of Valley fever,” said Shubitz, who said she has had a hard time finding adequate funding to study the disease.

She is interested in studying climate changes and global warming, which she said are possibly one reason for Valley fever’s expansion beyond the Southwest.

Currently none of the drugs that treat Valley fever actually kill the fungus. Vaccines are in development but it is uncertain how successful any might be.

In the meantime, there are still many unanswered questions about Valley fever.