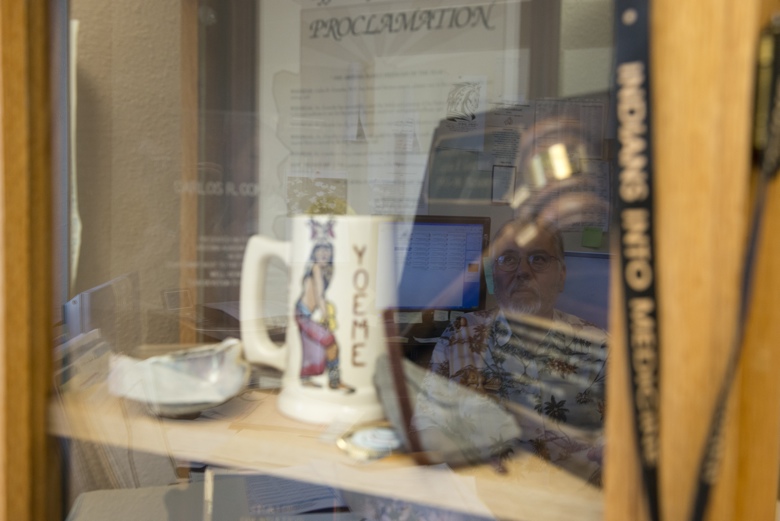 Health care on Indian reservations has been tenuous, provided through a patchwork of federal workers, nonprofit groups, volunteers and medical school students.

But this spring’s across-the-board cut in federal spending known as sequestration has brought longer waits, fewer medical referrals and delays in renovations of outdated clinics. The cuts came just as reservations were trying to expand preventive care aimed at curbing obesity and fighting diabetes, medical officials and advocates sai.

Dr. Carlos Gonzales, now a professor of medicine at the University of Arizona, was the first physician at the El Rio Pascua Yaqui clinic in Tucson, treating his fellow tribal members beginning in 1985. Support for such clinics comes from the U.S. Indian Health Service, also known as IHS.

“Across Indian Country, the IHS already runs on such a thin margin,” Gonzales said. “Anytime you cut funds you cause more problems.”

In southern Arizona, the local IHS office serves 44,000 Native Americans, both on and off reservations, according to acting area director George Bearpaw, a member of the Cherokee Nation of Oklahoma.

The office supports the Sells Hospital, two health centers and one clinic near Sells for the Tohono O’odham Nation. For the San Xavier and the Pascua Yaqui residents, it supports El Rio Community Health Center. The office also helps provide care for Indians living in Tucson through collaboration with the Tucson Indian Center.

To absorb $2 million in cuts, the office has reduced staff, travel and administrative expenses, and needed renovations.

Tribes are going line by line in health budgets, looking for ways to cut without impacting services, said John Lewis, the executive director of the Inter Tribal Council of Arizona.

“It does make for stretching people’s time, efforts and resources, figuring out how to balance all those out,” he said. “You might not have the personnel to deliver service and treatments.”

Under sequestration, the IHS received a mandatory 5 percent cut, unlike Medicaid and Social Security, which were spared.

At a recent news conference on health care, Gov. Jan Brewer of Arizona said, “On top of other cuts resulting from the Obama sequester, it’s clear native communities are going to be hit dramatically.”

Representatives from the Pascua Yaqui El Rio Community Health Center, which provides managed care to Pascua Yaqui tribal members, did not respond to requests for comment. The chairman’s office of the Tohono O’odham Nation declined to comment, saying they were still determining the impact of sequester on health services.

Lewis, who is a Mohave, Pima and Tohono O’odham member of the Colorado River Indian Tribe, said tribes tried to get information about the sequester for planning, but “it was hard to know the exact percentage of reductions,” or whether the cuts could be balanced to protect critical areas.

He said he was particularly concerned about already underfunded programs like dental programs. “Cuts like this backend their ability to continue at the level of the service they were providing,” he said.

Bearpaw said the Sells Indian Hospital, near the Tohono O’odham nation in Sells, was built in 1961 and “drastically needs to be replaced.” Other units needing updates include the Santa Rosa Clinic in Sells, built in the 1960s, and the San Xavier Health Center in Tucson, built in 1934.

“Year after year there’s no new money for new facilities,” he said. “So as years go by, hospitals get old and we have to maintain them the best we can.”

When a patient can’t receive health care at an IHS facility because of the high demand or because a particular service is not offered, IHS purchases healthcare from outside providers. The IHS faced an $800 million shortfall in unmet need for such contract costs in the 2011 fiscal year, according to a 2012 National Indian Health Board report.

Some tribal communities are filling the gap by forming nonprofits.

“They have more autonomy and can actually apply for funding sources rather than trying to depend on the federal government or tribes to give them resources and go through the red tape,“ said Agnes Attakai, a member of the Navajo Nation who serves as the director of health disparities outreach and prevention education at the University of Arizona.

She has collaborated with Pascua Yaqui and Tohono O’odham Nations on prevention.

In a community where more than 50 percent of adults have Type 2 diabetes, the organization grows, cultivates and harvests food traditionally grown by elders. This includes the high-fiber, low-fat white Tepary bean. Forced relocation to reservations and the change from desert-harvested and hunted foods to more processed European foods have led to obesity and related health issues.

“It’s all about going back to our culture,” Johnson said. “The elders knew what they were doing. They were doing something with Mother Earth. I think over the years, we’ve forgotten about that.”

Both the Pascua Yaqui tribe and Tohono O’odham Nation have wellness and preventive programs and new fitness centers aimed at promoting healthy eating and fitness and ending smoking.

“Dominant society should acknowledge the cultural and cyclical trauma they’ve imposed on various native peoples and find solutions for that,” he said.