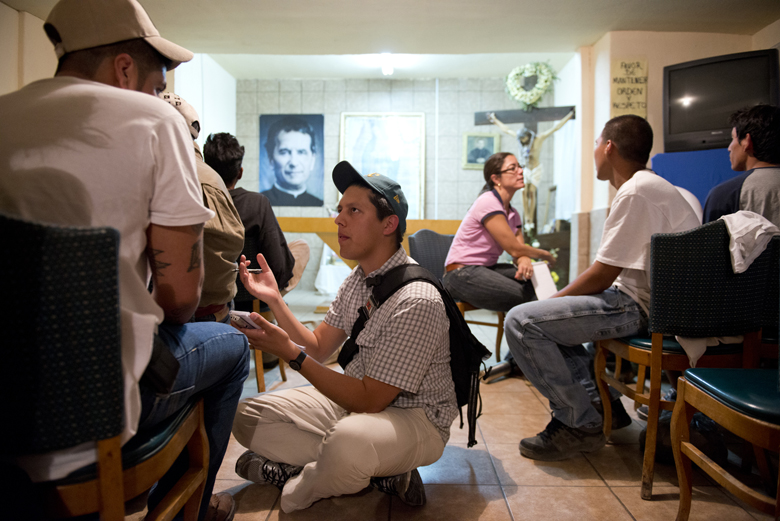 When I crossed the border into Nogales, Sonora, I couldn’t help but feel totally unprepared for what I was getting into.

I was going to interview newly deported migrants about their experiences crossing the border for a story.

Most are shelling out between $2,000 and $4,000 to coyotes who guide them across the scorching hot Sonoran Desert. If their coyote doesn’t rip them off — and that is a big if — they end up in the United States, where they run the risk of capture and increasingly longer sentences in federal prison for crossing illegally.

In other words, they are going through hell. Some of them repeatedly.

And there I was, riding a taxi into the foothills of Nogales getting ready to stick a notepad in their face and ask them, in terribly broken Spanish, “Why would you do this?”

Spanish was the first language I learned, but a teacher in preschool stopped that. Little by little tenses and phrases would be forgotten. I grew up in a very diverse Oakland, so English was the common denominator among the large populations of Mexican, Chinese, Vietnamese, Cambodian and African immigrants.

But I still understand Spanish — and I lived in Mexico City for a few months last year — so I knew I would be able to get by.

But there is a large gap between getting by and doing the story justice. As is the case for many things in reporting, you just have to leap without looking.

After shaking off some of the rust during the first few interviews, I got around to talking to Juan Jose.

Almost immediately we realized we were facing the same linguistic problem.

Born in Mexico and raised in Arizona, he spoke the same kind of broken Spanish I did. He asked to do the interview in English, and we proceeded to talk for a half hour about his story.

He said everyone in Mexico spoke Spanish much faster than he did and that left him with a profound sense of alienation.

I put down my notebook and thought about what he said.

My sense of alienation was temporary. I was in Mexico for only a few hours, but Juan’s plight would probably last the rest of his life. By every standard, my previous worries were petty.

Thinking about this, I remembered something I heard David Remnick, the editor for The New Yorker, say a few weeks ago at a talk in San Francisco. He was discussing a controversial post he had written about the Boston Marathon bombings that had been criticized for being sympathetic to the suspected bombers.

As humans, he said in defense, It’s our job to “understand their motivation.”

I hope writing about Juan and other migrants makes readers think and feel something.

But who really knows.

At the end of the day, I get to cross back into the United States and go to sleep in Tucson. I get to walk away from this story and move on to the next one.

Juan is still in Mexico, an alien wherever he lands.